Find out more about the hard- and software of the muondetector

The core of the muondetector consists of a Raspberry Pi mini computer combined with a u-blox NEO-M8 GNSS module. They are coupled to a plastic scintillator, which acts as the active sensor material and a SiPMs for light detection.

The "timemark" feature of the u-blox NEO-M8N GNSS module allows the muondetector to reach a time stamping accuracy of several tens of nanoseconds. The high time resolution is beneficial for correlating events in multiple individual detector units.

The software is designed to be user-friendly. It takes care of synchronising the accumulated data with a central server, requiring minimal effort from the user. Nonetheless, a graphical user interface allows to precisely control and debug the muondetector if desired.

Make sure to check out the MediaWiki or our FAQs if you are interested in more background information. 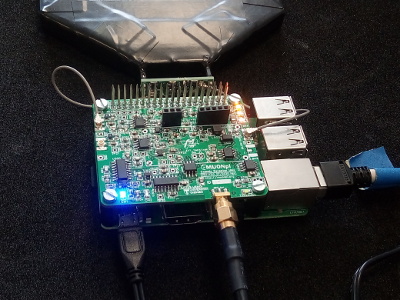 The MuonPi project thrives from having a dense wide network of detector units. You can actively contribute to the project by hosting a detector unit at your home and/or class room. All you need is a simple power outlet and (temporary) access to the internet to synchronise the data with our central server.

Please do not hesitate to contact us if you are interested or if you have any questions.

Help with your expertise

Do you have any suggestions for improvement? Do you want to share your ideas and expertise with the project? Please do not hesitate to contact us!

We are constantly looking for contributors who are passionate about helping the project thrive.

Contributions from the community

Our growing community is joining in on our effort to develop and improve various parts of the project.

An excellent example of one of these contributions is the 3D design of an enclosure for the detector. Community member 'slu' modeled and printed the case, housing the Raspberry Pi, the MuonPi HAT and a hexagonal scintillator. Download the .stl and .stp files for this model here: zip-Archive (2.5M) 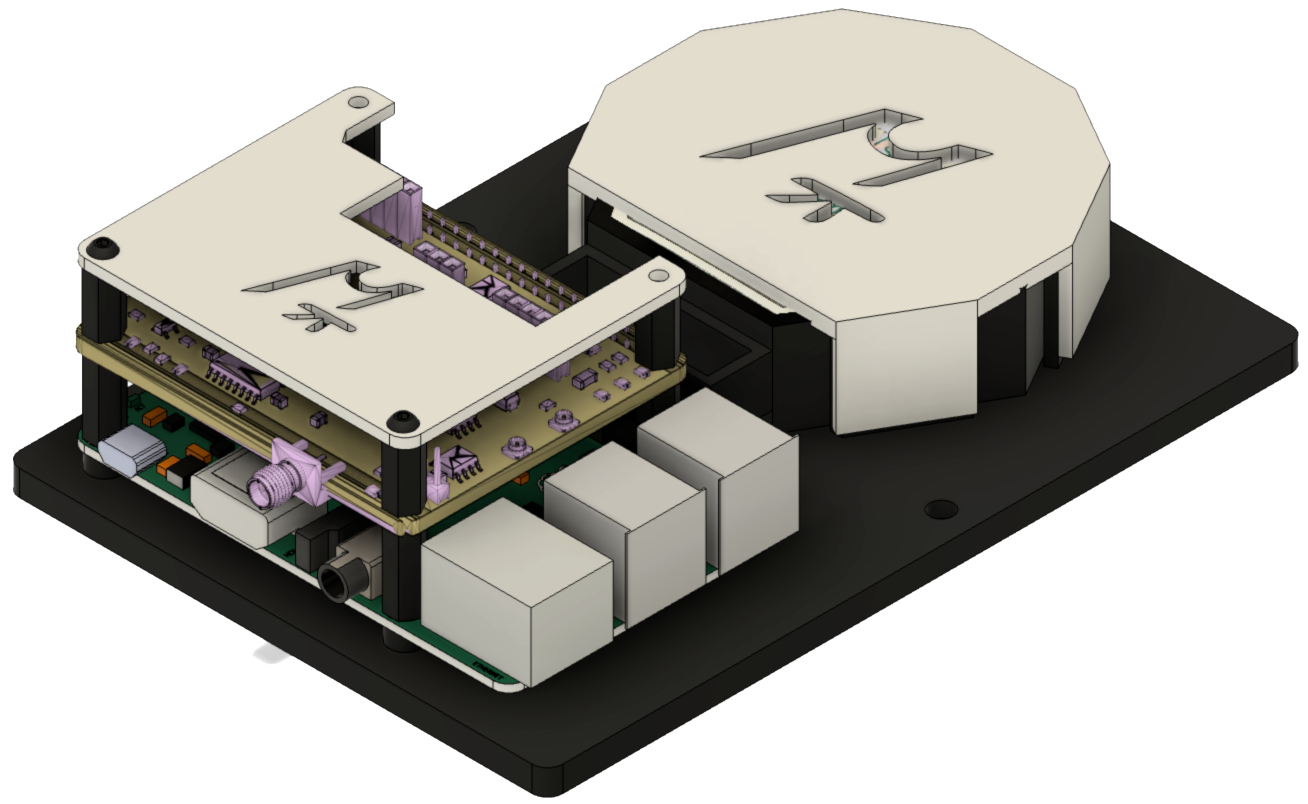 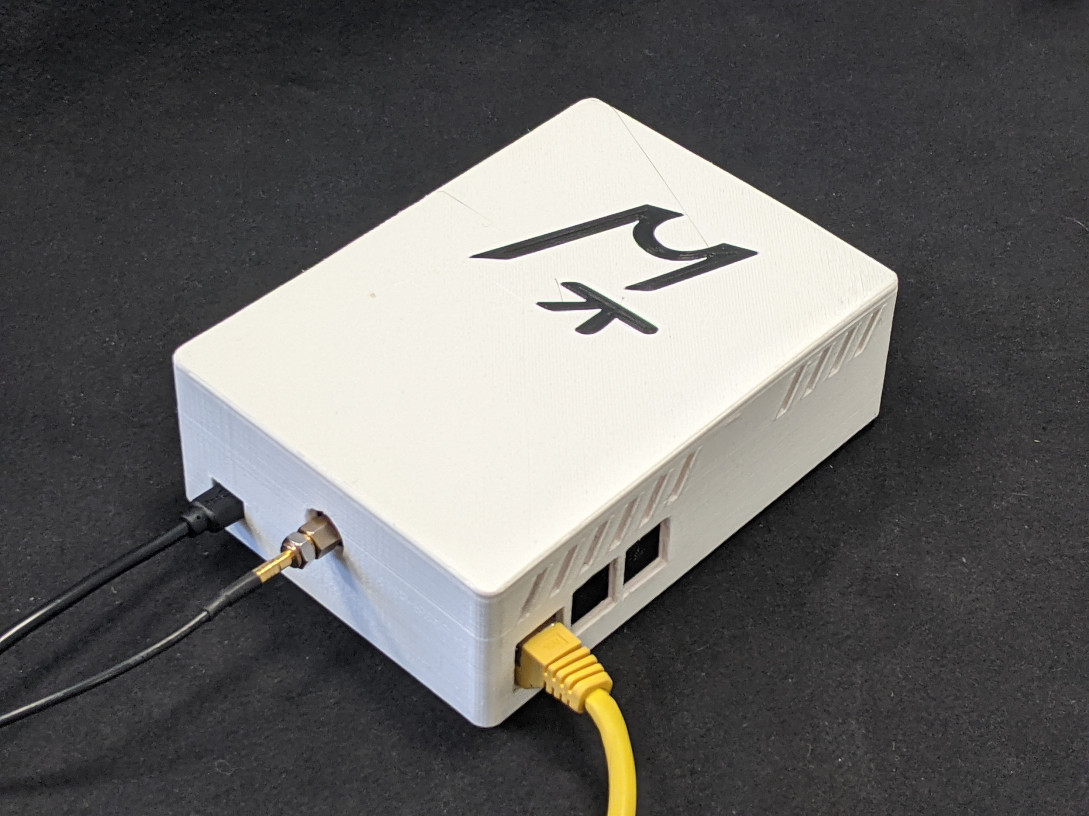 The plastic scintillator is the active sensor material of the muondetector. When charged particles like cosmic muons pass through the detector, they may excite electrons of its scintillating material to higher but unstable atomic energy levels. The de-excitation of the atom leads to the emission of light, which can then be detected by the SiPM.
To avoid any influence on the measurement caused by ambient light, the system has to be impermeable to light which is why the plastic scintillator is wrapped in reflective foil (Teflon + VM2000) and black tape.

The SiPM (short for silicon photomultiplier) detects the light generated by the plastic scintillator. It is a pixelated matrix of photodiodes, which are semiconductor devices used to convert light pulses to an electrical current. The response of the individual pixel cells are added discretely to form the output signal. Since this signal amplitude is rather small, an additional preamplifier is needed to increase the SiPM output before it can be processed by the custom board.

The printed circuit board (PCB) is designed as a plug-on board for the Raspberry Pi and features all necessary electronics to measure muons with high precision timestamps.
There are two individual input channels on the MuonPi board, so the measurement can be performed with up to two detectors. It provides the necessary voltage to run the preamplifier and SiPM sensor.

We use a Raspberry Pi to control all components on our custom board via i2c, uart and gpio.
Our hardware is in theory compatible with all Raspberry Pi versions that have the typical GPIO pinout.

The following Raspberry Pi versions have been tested in combination with the MuonPi board:

Daemon application that runs as a service (in the background) on the Raspberry-Pi.
It communicates with the various ICs on the custom board (for example the ublox GNSS chip) and sends the acquired data to the server.

Graphical user interface software that connects to the daemon application via network (tcp).
The GUI can be used to configure the detector board and manage the detector system. Everything from settings on the Ublox GNSS chip to the voltage for the SiPM can be configured from this program. It also features GNSS satellite information and some histograms and other statistics that can be exported to various image formats.